I really appreciated Elliot Clark’s book Evangelism as Exiles. Here are some of the things that stood out to me:

“Picture an evangelist. For many of us, our minds immediately scroll to the image of someone like Billy Graham—a man, maybe dressed in a suit and tie, speaking to a large audience and leading many to Christ. As such, we tend to envision evangelism as an activity—more commonly a large event—that requires some measure of power and influence. In communicating the gospel, one must have a voice, a platform, and ideally a willing audience. It’s also why, to this day, we think the most effective spokespeople for Christianity are celebrities, high-profile athletes, or other people of significance. If they speak for Jesus, the masses will listen. But this isn’t how it has always been. Not throughout history and certainly not in much of the world today” (Clark, Evangelism as Exiles).

“With the help of God’s Spirit, such believers will be simultaneously (1) hope-filled yet (2) fearful. They will be (3) humble and respectful, yet speak the gospel with (4) authority. They will live (5) a holy life, separate from the world, yet be incredibly (6) welcoming and loving in it. While these three pairs of characteristics appear at first glance to be contradictory, they are in fact complementary and necessary for our evangelism as exiles” (Clark, Evangelism as Exiles).

“From the perspective of 1 Peter, the antidote to a silencing shame is the hope of glory, the hope that earthly isolation and humiliation are only temporary. God, who made the world and everything in it, will one day include us in his kingdom and exalt us with the King, giving us both honor and also a home. We desperately need this future hope if we want the courage to do evangelism as exiles” (Clark, Evangelism as Exiles).

Here is a long string of quotes I found instructive:

“over the last decades, in our efforts at evangelism and church growth in the West, the characteristic most glaringly absent has been this: the fear of God… “Knowing the fear of the Lord, ” [Paul] explained, “we persuade others” (2 Cor. 5:11)… The consistent testimony of the New Testament is that if we have the appropriate fear for them and of God, we’ll preach the gospel. We’ll speak out and not be ashamed… our problem in evangelism is fearing others too much” (Clark, Evangelism as Exiles).

“In a world teeming with reasons to be terrified, the only rightful recipient of our fear, according to Peter, is God… Fear of him, along with a fear of coming judgment, is a compelling motivation to open our mouths with the gospel. But we do not open our mouths with hate-filled bigotry, with arrogant condescension, or with brimstone on our breath. According to Peter, we fear God and honor everyone else” (Clark, Evangelism as Exiles).

“According to Peter, we’re to honor everyone. Take a moment and turn that thought over in your mind. You’re called to show honor to every single person. Not just the people who deserve it. Not just those who earn our respect. Not just the ones who treat us agreeably. Not just the politicians we vote for or the immigrants who are legal. Not just the customers who pay their bills or the employees who do their work. Not just the neighborly neighbors. Not just kind pagans or honest Muslims. Not just the helpful wife or the good father” (Clark, Evangelism as Exiles).

“When we seek to do evangelism as exiles, we already have a really hard sell. We’re trying to convince people that a Jewish carpenter was God’s Son, come from heaven to die for our sins. He was buried, and three days later he rose from the dead and now reigns over all. Not only that, we’re also calling them to join us as social outcasts. Must we also try to persuade them about matters of history or geopolitics? Do we really want to argue for our opinion on the environment or economics? Or could those hobby-horse topics end up as barriers to Christ’s gospel?… We must learn to triage our agendas… We must be kind to all. We must honor all. We must shun the invitation to speak out on every issue, defend every position, or answer every opponent, because God may use such silence to save others” (Clark, Evangelism as Exiles).

“The time is coming, and is here now, when the world won’t listen to our gospel simply because they respect us. However, they might listen if we respect them. Because how can we expect homosexuals to believe our concern for God’s created order when we don’t dignify them as people made in his image ?… To honor others is to have a genuine care and concern for them. So this is what we must do—even for those who have no concern for us” (Clark, Evangelism as Exiles).

“We’re called to declare God’s praises to the world. So if we’re not faithfully proclaiming the gospel to those around us, it’s owing to the fact we’re not overflowing in praise to God. If evangelism doesn’t exist, it’s because worship doesn’t… Praise is the most natural thing in the world for us, and we do it all the time. We brag about our favorite sports team. We rave about restaurants. We shamelessly tell others about the deals we find online. We can’t stop talking about the latest Netflix series or our last vacation. We adore musicians, endorse politicians, and fawn over celebrities. We promote our kids ’ school and post about our morning coffee. We sing the praises of just about everything, even gluten-free pizza” (Clark, Evangelism as Exiles).

I really appreciate these takeaways:

“Isn’t the church meant to be a hospital for sinners, not a hotel for saints? Yes, and no. The hospital is only desirable if it’s more than a quarantined building where the terminally ill go to die. I’ve seen my share of dirty hospitals in the world, and you don’t want to go there. A hospital is only a good place if there’s medicine and a remedy. There must be visible evidence of a cure: we who were once on our deathbeds have found the antidote. Our gospel is for sick sinners, to be sure. But we preach as healed saints, as those who are being delivered from the malignancy of our former corruption” (Clark, Evangelism as Exiles).

“Shortly after his call to follow Jesus, Matthew opened up his home to friends and former colleagues. Luke records that he hosted a great feast, so this wasn’t a spontaneous or random occurrence, but one that took preparation. It came at expense. And it revealed an intentionality to introduce his friends to the Savior. We learn this by Jesus’s own admission. He wasn’t at the party just to hang out and have a good time. Rather, his purpose for being there was to call sinners to repentance (Luke 5:27–32)” (Clark, Evangelism as Exiles).

“One way sinners enter the kingdom is by first entering our kitchen. Some will only come to the table of the Lord after first coming to our dinner table.” … The reality is, as we face increasing exile in our land , we’ll need to rediscover the necessity of hospitality for the gospel . Church attendance will likely continue to wane, and with it pulpit evangelism… We’ll want to leverage that opportunity by continuously opening our doors to others, especially to people unlike us. To Latino, Caucasian, or African American households. To poor widows or the unemployed. To Hindus and atheists. To international students. To migrant workers. To a wealthy businessperson. To a gay couple. To sinners of every sex, stripe, and status”[2] (Clark, Evangelism as Exiles).

[1] “Throughout the book of Acts we find repeated examples of authoritative witness—even in the face of suffering—from the apostles and early church. We find them proclaiming the gospel and speaking boldly. We read of them persuading others. We see them reasoning from Scripture, both expounding and also applying it. We observe them testifying before rulers and governors, bearing witness before civil crowds and angry mobs. What we don’t find them doing is ‘sharing’ the gospel” (Clark, Evangelism as Exiles).

[2] “There’s an undeniable human connection that happens when we break bread with others… I believe inviting others to our own tables can be an important first step to an effective evangelistic strategy. People who would never cross the threshold of a church will still walk through your front door. People who are indifferent to religion or disinclined to Christianity will still appreciate a friendly dinner invitation. They’ll gladly accept a free meal and, in the process, may just listen to you rejoice in free forgiveness” (Clark, Evangelism as Exiles). 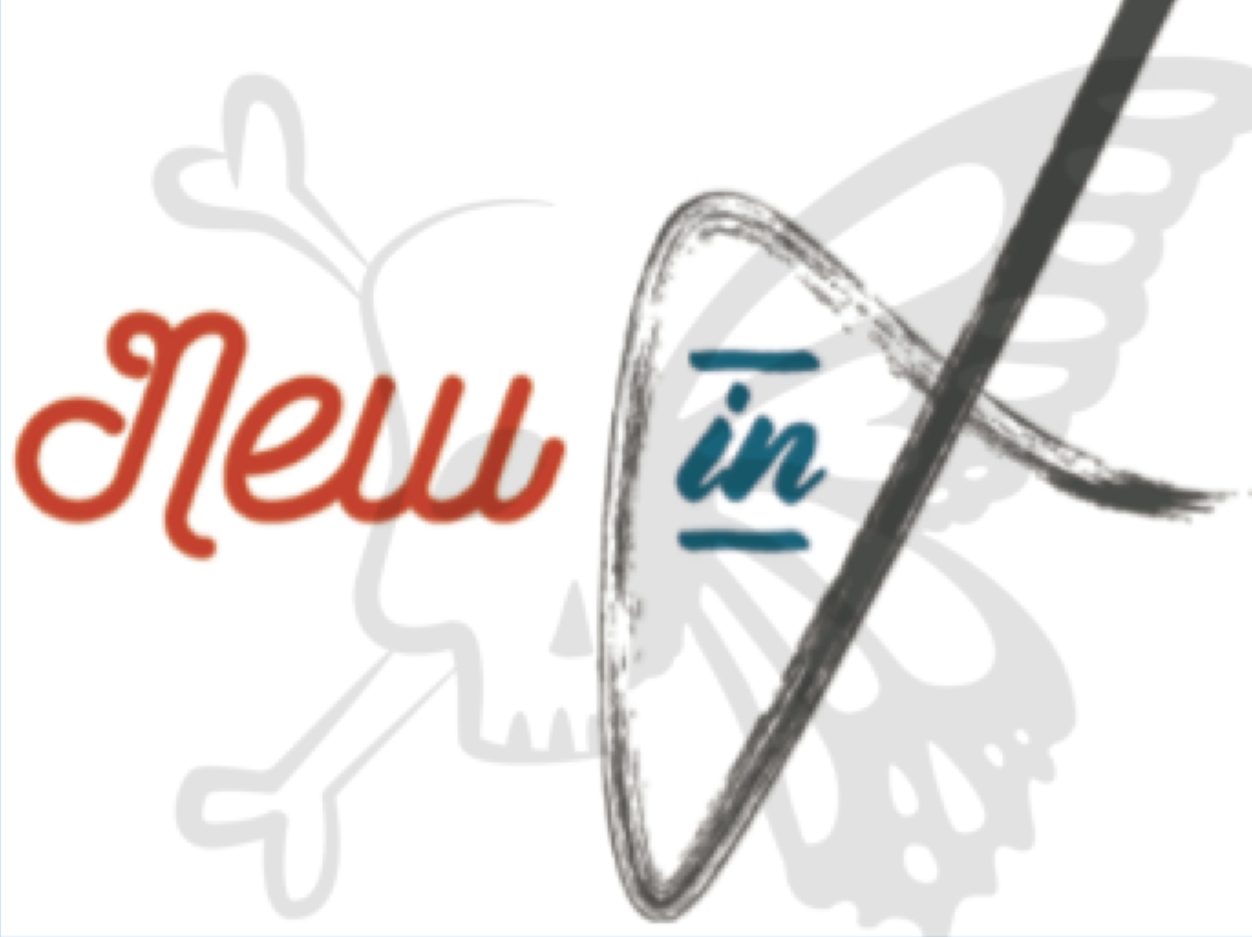